Due to the growing awareness about environmental pollution and environmental legislation, recent years have witnessed a phenomenal increase in the application of microwave irradiation (MW) in organic synthesis. Heterocyclic compounds are abundant in nature and are of great significance to life because their structural subunits exist in many natural products such as vitamins, hormones, and antibiotics; hence, they have attracted considerable attention in the design of biologically active molecules and advanced organic chemistry. The application of molecular diversity technique to drug discovery is a multidisciplinary effort in organic synthesis. Medicinal chemistry concerns with the discovery, development, interpretation and the identification of mechanism of action of biologically active compounds at the molecular level. Encouraged by above reports and as part of our research programme for development of eco-friendly synthetic protocol for biologically active compounds as well as in pursuing of our work on new solvent-free cyclisation here we report the synthesis of aryl-triazalo -1, 3, 4-thidiazoles. The one-pot reaction of mercapto-s-triazole with aromatic acid using AlCl3 as a catalyst under microwave irradiation (2-3 min) and in solvent-free condition gave aryl-triazalo -1, 3, 4-thidiazoles with improved yield is described here.

Heterocyclic compounds containing two and three nitrogen in its ring structure i.e. Pyrazoles, imidazole and triazole are an important class of hetero aromatic systems. The traditional method available for the synthesis of title compound is not satisfactory because it requires long reaction times, use of expensive and hazardous solvents and yield are only moderates. Due to the growing awareness about environmental pollution and environmental legislation, recent years have witnessed a phenomenal increase in the application of microwave irradiation (MW) in organic synthesis [5, 6, 7]. Due to its operational simplicity, generality and efficiency this method is expected to have wider applicability in organic synthesis.

The synthesis of nitrogen containing heterocyclic compound has increasing interest over the past decade because of their utility in various applications, such as propellants, explosives, pyrotechnics and especially chemotherapy. In recent years, the chemistry of triazole and their fused heterocyclic derivatives has received considerable attention owing to their synthetic and effective biological importance [8].

The triazole nucleus is one of the most important heterocycle which is a feature of natural products and medicinal agents. The derivatization of Triazole ring is based on the phenomenon of bioisosterism in which replacement of oxygen of oxadiazole nucleus with nitrogen triazole analogue. These modifications are carried out by using different functionalities, aliphatic chains, aromatic rings and heterocyclic ring systems [17, 18, 19, 20].

The one-pot reaction of mercapto-s-triazole 1 with aromatic acid 2 using AlCl3 as a catalyst under microwave irradiation (2-3 min) and in solvent-free condition gave aryl-triazole -1, 3, 4-thidiazoles 3a-e with improved yield is mentioned in this paper.

Melting points were determined by open glass capillary method. All chemicals used were reagent grade and were used as received. A Laboratory Microwave Oven (Model BP 310/50) operating at 2450 MHz and power output of 600 W was used for all the experiments. The completion of reactions was monitored by TLC (Merck silica gel). IR spectra were recorded on a Shimadzu FTIR-420 spectrophotometer. 1H NMR and 13C NMR spectra were recorded at 400oC on a Bruker AVANCE DPX (400 MHz) FT spectrometer in CDCl3 using TMS as an internal reference (chemical shift in δ, ppm). Mass spectra were recorded on JEOL SX-303 (FAB) mass spectrophotometer at 70ev. Elemental analyses were carried out using a Coleman automatic C, H, N analyzer.

5-Aryl-4-amino-3-mercapto-s-triazale (.02 mol), aromatic acid 2 (.02 mol) and catalytic amount of AlCl3 were mixed thoroughly in a beaker and irradiate in microwave at 500 w for specified period (1-3 min). The reaction-mixture was cooled and poured on crushed ice. The solid separated was filtered, treated with dil. KOH, washed with water and crystallized from Benzene to obtained 3 (a-f).

The antibacterial activity of the synthesized heterocyclic compounds 3a-f was tested against both Gram-negative and Gram-positive bacteria. The test solutions were prepared in benzene. The inhibition zone against the growth of the verified bacteria for the compounds is given in Table 1. It seems that enhanced biological activity for the compound 3b, 3e and 3f is due to its electron donating group (hydroxyl, methoxy and amino) and the poly-conjugated nature of the compound.

The conventional method available for the title compound is not satisfactory because it requires long reaction times, use of expensive and hazardous solvents and yield are only moderates.

The reactions were also carried out using a thermostated oil-bath at the same temperature (120oC) as for the MW activated method but for a longer period of time. It was found that MW method has improved the yields significantly. This observation can be rationalized on the basis of the formation of dipolar activated complex from uncharged adduct in these reactions and greater stabilization of the more dipolar activated complex by dipole-dipole interaction with electric field of the microwaves as compared to the less polar adduct which may reduce the activation energy resulting in the rate enhancement.

The ortho-, meta- or Para-position of the electron donating groups in the aromatic system plays a significant role in the bioactivities. In addition to this, the presence of heteroatom such as oxygen, sulphur, and nitrogen also play a vital role in the observed antibacterial activity.It is also suggested that the sulphur-containing compounds might inhibit enzyme synthesis, since enzymes need specific groups for their activity and are especially susceptible to deactivation by the compounds. The presence of sulphur and nitrogen atoms in the structure of the active compounds facilitates their diffusion through the lipid layer of the microorganism membranes to the site of action, eventually killing them by linking with essential groups of certain cell enzymes

The major challenges for medicinal chemistry the development of simple, effective and eco- friendly method for the synthesis of heterocyclic compound with enhance antimicrobial activity.

Now a day various methods have been proposed for the preparation of triazalo and thiadiazols derivative but, all of this reported method has several drawbacks like ,use of organic solvents which causes, pollution, strong reaction conditions, time consuming reactions and use of expensive reagents. To solve such type of problems here we report a simple, practically feasible and eco-friendly method for the synthesis of triazalo -1, 3, 4-thidiazoles derivatives. The growth of green chemistry is important because it has many advantages like, short reaction time, eco-friendly, pollution free and use of energy. In view of importance of triazalo and thiadiazols derivatives as a chemotherapeutic agent, and development of a facile, efficient and environmentally benign method to synthesize this heterocyclic compound would be great value. This observation prompted us to develop an environment friendly approach for synthesis of substituted triazalo -1, 3, 4-thidiazoles which possesses various antimicrobial activities. 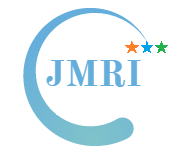