Diabetes mellitus is a chronic disorder of carbohydrate, protein and lipid metabolism that leads to vascular complications resulting in morbidity and even mortality [1]. Type 2 diabetes often manifests in the adulthood, generally, in those who are obese and leading a sedentary life style [2].

Hyperglycemia can be controlled by administrating drugs which work on different principles, but ends with some side effects [5, 6]. Therefore, controlling by diet and lifestyle modification is advocated [2].

Once hyperglycemia is noted in a patient, the immediate advice that follows would be to reduce or avoid free sugar in the diet. Depending on the severity of the hyperglycemia, even carbohydrate is also restricted. Any inhibition or withdrawal of food from a patient puts him in an intimidating position, especially, in a social gathering.

Against such a backdrop, we report here a case study of a patient, who managed hyperglycemia through life style modifications. The patient was taking normal Indian food along with a bowel of wheat porridge during breakfast and dinner. Lunch consisted of usual diet without any wheat porridge. His work demanded moving about and he used to walk at least 2 Km in a day. With this type of lifestyle, the results reported here is encouraging to diabetic patients and warrants further study in a larger population.

The patient was declared diabetic on 25/6/2011 based on the biochemical reports, which indicated hyperglycemia in the blood and presence of sugar in the urine. He was advised to take medicines to control hyperglycemia. Since his hunger pangs increased on medications, the dose was tapered and discontinued. He decided to restrict carbohydrate in his diet and to do moderate exercises like walking. These modifications helped him to bring down the glucose level to 250 mg/dl within a month’s time. However, he was on Losar 50, one tablet a day for his hypertension.

Meanwhile, he looked into the history of diabetics in his family. His grandfather, an active person with moderate intake of food, did not have any diabetics in his life. However, his grandmother, a house wife and an obese person, was a diabetic patient. They had eight children and seven of them had diabetics at some stage of their adult life. One offspring did not have any diabetics. The diet habits of all the children were recorded. Then it was found that the non-diabetic offspring included wheat porridge daily in his breakfast while others took normal food for their breakfast. The breakfast of non-diabetic person included wheat porridge with milk, sugar or jaggery syrup along with one or two sandwiches stuffed with fillings made of legumes.

Based on the above findings, the patient included wheat porridge in his breakfast. Wheat porridge was made with wheat particles obtained by grinding wheat coarsely and different particle sizes of wheat were tried for making the porridge. According to Bureau of Indian Standards (BIS), wheat particles should be between 300 µm and 850 µm [7]. After trying different particle sizes, it was found that inclusion of particles lower than 300 µm gave a better result in eliminating the symptoms of the disease and hunger pangs. The porridge made from these particles gave good satiety. Similar observations are reported earlier [8]. Since these sizes are not included as porridge by BIS, we labeled it as a proprietary food.

Wheat particles were roasted and the nutrient compositions of the ready to cook particles are given in table 1. It was analyzed in a NABL accredited laboratory (Varni Labs, Mira Road, Mumbai, reference, VAL/TC/17020499 & VAL/TC/1704/0306).

Symptoms of diabetics were reduced in the patient after taking wheat porridge (table 2). Later on, he included wheat porridge in the dinner, as a desert, with addition of one or two teaspoons of sugar. This pattern of diet was continued for months. The intake of free sugar was not stopped but used moderately.

After taking the glucose reading for 3 days, wheat porridge was again included in the diet. The postprandial glucose was measured and the average level was 197.5 mg/dl. In order to bring down the blood glucose, a composite wheat porridge explained by Ahmed & Urooj (2015) was used with modification. Instead of oats we used black gram powder. Black gram is a legume and it is normally available in Indian homes. The composition of the composite wheat porridge is given below (table 5).

The results presented in Table 3 and Table 4 indicate the protective role of wheat porridge in lowering postprandial glucose in the present case study.

Wheat porridge, a whole grain meal, has distinct physico-chemical properties. “The amount of insoluble fiber, resistant starch, phytochemicals, granular size, porosity, the interaction of starch and protein within the structural matrix may influence in the digestion and absorption of carbohydrates” [9]. “Wheat has predominantly insoluble fiber and less amount of soluble fiber like β-glucan” [1]. The amount of dietary fiber in the porridge was low (table 1). However, the soluble fibers from other food may also influence the matrix.

Wheat porridge becomes viscous due to gel formation and this property may slow down the amylase activity on the consumed food. Viscous gel formation also delays gastric emptying and this may have reduced hunger pangs (table 2).

In the present case study inclusion of wheat granules less than 300 µm alleviated the symptoms better and showed lower postprandial glucose in the blood. Actually the amylase activity is expected to be high in smaller granules resulting in hyperglycemia due rapid digestion and absorption. However, in the present study such effect was noted. This may be due to the small size of insoluble fiber in the matrix. As the size of insoluble fiber decreases, the surface area increases [14]. The increased surface areas may facilitate adsorption of glucose, formed during amylase activity [1]. The binding of glucose may have inhibited diffusion of glucose in the intestine [1, 9]. Apart from the adsorption of glucose by insoluble fiber, the viscosity of wheat porridge may have delayed the amylase activity as explained above.

“Low postprandial glycaemia during breakfast has its effect on the following second meal like lunch” [9]. The low postprandial glycaemia in the present case study may have reduced oxidative stress in the patient. Oxidative stress initiates cytokine production which impairs insulin signaling [9]. Therefore, under the low oxidative stress and with less cytokine production, the attenuation of insulin resistance may have promoted better metabolism leading to alleviation of symptoms (table 1).

Regular exercise like walking may have contributed to the alleviation of symptoms because contraction-induced glucose uptake occurs through activation of parallel but distinct insulin-independent pathways [15].

The present case study has its limitations. However, it deserves some attention because the present case study was carried for more than 2 years and the results obtained are consistent and encouraging. This study supports the suggestions made by Aune et al (2013), ‘to include at least two servings of whole grains per day in the diet to reduce type 2 diabetes risk [16]. Wheat porridge, a whole grain meal, is easy for the patients to make and hence can be included in their diet. It can be taken along with side dish with vegetables and legumes to compensate low soluble fibers in the wheat.

In the light of the present case study, following studies are warranted.

The patient had a history of total cholesterol of 240 mg/dl and his HDL was never higher than 38 mg/dl. The ratio of cholesterol was above 5.6. Based on this observation, the cholesterol lowering effect of composite wheat porridge in hyperlipidemia patients need to be carried out to confirm the observation.

The present case study indicates the protective role of wheat porridge in lowering the postprandial glucose in a diabetic patient. Diet modification can play a great role in controlling the disease. Here is another case of science meeting the traditional wisdom, the wisdom quoted by Hippocrates- “Let food be thy medicine…”

The author (patient in the present case study) is indebted to his father Mr. M.E. Eapen, living in Syracuse, USA, for showing a diet through his own experience and for his encouragement and support for the present case study. Therefore this publication is dedicated to him as a gift for his 90th birthday. 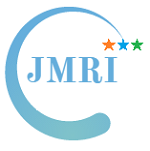