Valproic acid (VPA) is a wide spectrum antiepileptic medication indicated for seizure prophylaxis across the spectrum of epilepsy. Since coming into clinical use, VPA has also been recommended for the management of a variety of other pathologies, including, most notably, mood stabilization in the manic patient.
VPA’s common adverse effects include gastrointestinal, influenza-like symptoms, headache, and difficulties with sleep; nonetheless, in rare instances, VPA has been noted to cause the severe and potentially lethal condition of hyperammonemia with encephalopathy (VIHE).
VIHE is the result of a dose-independent increase in ammonia levels. Often the patient is asymptomatic; if symptoms reach clinical threshold, lethargy is most common, though seizures, focal neurologic deficits and even coma are possible. VIHE can occur in patients despite normal hepatic function, normal loading doses, chronic stable doses and normal free serum drug levels. Once the diagnosis is confirmed, the first approach for symptomatic patients is to discontinue VPA, start alternative mood stabilizer as indicated, and supplement hyperammonemia treatment with lactulose, carnitine or carglumic acid. Below is a case report of VIHE that developed in an adolescent girl with a history of Bipolar I Disorder who was hospitalized in our facility for stabilization of mania.  As demonstrated below, early diagnosis of VIHE is pivotal in reducing morbidity and ultimately can be life-saving.
Keywords: Valproic acid Hyperammonemia Encephalopathy

VPA is an FDA approved antiepileptic medication and mood stabilizer indicated for a variety of uses, including partial seizures, complex seizures absence seizures and acute stabilization of mania. VPA is well known for a variety of side effects ranging from hair loss, weight gain, anorexia, to more severe complications such as hepatotoxicity, thrombocytopenia, and teratogenicity. Amongst the more rare and idiosyncratic adverse effects that should remain on the clinician’s differential is Valproic Acid Induced Hyperammonemia with Encephalopathy (VIHE), which consists of an elevated serum ammonia presenting with neurocognitive and behavioral changes [1, 2]. Hyperammonemia due to Valproic Acid is mostly asymptomatic, but when symptomatic can be severe and deadly. Lethargy and somnolence are the common presentations of VIHE, but other symptoms can range from confusion, delirium, seizures, coma, and death [3]. We recommend that physicians should consider the diagnosis of VIHE with any alteration in mental status following VPA use and early diagnosis can effectively lower mortality. Below is described a clinical case of VIHE manifested by lethargy and somnolence and diagnosed by ammonia and drug levels.

This is the case of a 17-year-old African American girl with one-year history of Bipolar I Disorder who was initially hospitalized for stabilization of a mixed mood episode, manifested by low mood, hypersexual behavior, and grandiose delusions. Furthermore, she was prone to dissociative episodes and psychotically agitated behavior. It is thought this episode was precipitated by her discontinuation of outpatient medications (Lithium carbonate 900 mg, twice daily and Quetiapine 500 mg nightly), which she reported were too sedating.

Medications were reconciled in the hospital and lithium resumed at 600mg qAM / 900mg qHS for mood stabilization and Seroquel restarted at 200mg qAM / 300mg qHS for psychosis. She was kept under close observation for disorganization, agitation, and sexually provocative behavior. Although lithium levels were closely followed still on day 3 she began to complain of GI upset and diarrhea. Lithium serum levels were evaluated that showed abnormally high levels, prompting its discontinuation. The patient quickly decompensated without the mood stabilizing medication, demonstrated by sexually provocative behavior, pressured speech and easy distractibility. Thus, decision was made to start VPA at 500mg daily in the morning and 1000 mg nightly,

After 3 days of treatment with VPA, the patient began to appear confused, lethargic, and to ambulate with poor gait and balance. STAT VPA and ammonia levels were assessed and found to be 130 (normal range 50-120µmol/L) and 84 (normal range 11-35µmol/L) respectively. Neurologic exam revealed intact cranial nerves, the absence of focal neurologic deficits, MMSE was performed to know the mental status that was found to be 22/30 (normal >24/30). Further studies include CBC, BUN/creatinine, serum bilirubin, LFT, electrolyte panel and glucose and calcium levels. CBC revealed high MCV and low hemoglobin suggesting folic acid deficiency. Both Seroquel and VPA were discontinued, and folic acid added for treating the macrocytic anemia.

Following discontinuation of VPA, ammonia levels dropped from 84 to 42(normal range 11-35µmol/L) by the end of that day. On hospital, day 8, cognition returned to baseline, but problematic manic symptoms re-emerged, ultimately prompting a trial of haloperidol 10mg daily. With still inadequate response to haloperidol monotherapy, resumption of VPA was deemed clinically necessary on day 15, with serum levels of VPA and ammonia both found to be within normal limits. Approximately one week later, she was determined to be at baseline mental status, clinically stable and fit for discharge. Psychoeducation provided to patient and family regarding reoccurrence of VIHE and notable signs and symptoms with instructions to return to the hospital.

The symptoms of hyperammonemia are quite difficult to be recognized in psychiatric patients. It is suggested that patients taking valproic acid should be closely monitored for mental status changes, delirium, confusion, focal neurologic deficits and this monitoring can detect an early VIHE [2]. Ammonia levels and drug levels should be checked immediately if a patient develops lethargy or any neurological symptoms. Ammonia levels are best monitored in the blood, while VPA levels can be best monitored in saliva, so both levels are closely checked timely [4].

Moreover rising ammonia levels most of the times is correlated with high serum levels of the drug as suggested in a trial [5]. Although, as we have observed, VPA levels may be normal in suspected VIHE cases, which suggests the need for close monitoring of ammonia levels in patients with VPA prescription. Once the diagnosis is made for VIHE, next best step is to discontinue VPA and add alternative medication for psychiatric symptoms, addition for hyperammonemia treatment including lactulose, carnitine or carglumic acid has shown significant results in lowering ammonia level and associated symptoms [6, 7, 8]. We have also reviewed a clinical trial in which 40 participants were prescribed a loading dose of valproic acid, and among them, 30 participants developed an increase in ammonia levels within one hour of infusion of VPA. Serum ammonia and VPA levels were measured at baseline, one hour, and 24 hours after the administration. It was concluded that hyperammonemia was not associated with alteration in consciousness or hepatic transaminases, which was surprising .The multivariable repeated analysis also shows lack of influence of VPA dose, VPA levels, infusion rate and gender on ammonia levels [9].

Valproic acid is a branched, medium chain fatty acid that undergoes mitochondrial beta-oxidation in the liver and is converted into toxic metabolite valproyl Co-A. This metabolite depletes the N-acetyl glutamate by inhibition of N-acetyl Glutamate synthetase N-acetyl glutamate is a cofactor for urea cycle rate-limiting enzyme carbamoyl phosphate synthetase (CPS 1) [10]. Depletion of N- acetyl glutamate results in inhibition of CPS 1, the rate-limiting enzyme of the urea cycle. This inhibition blocks the conversion of ammonia to urea leading to rising in ammonia levels.

Hyperammonemia with encephalopathy is a rare side effect of valproic acid toxication that carries a risk of high mortality. Rising ammonia levels can be asymptomatic most of the time but may give rise to symptoms ranging from mild confusion to coma and death. We conclude that valproic acid should be stopped immediately with the increase in ammonia levels in patients taking valproic acid, and lactulose with or without carnitine should be added to the treatment regimen. Patient medication lists should be reviewed for drug interactions causing high ammonia. Doctors prescribing valproic acid should have a high index of suspicion of VIHE and should closely monitor the mental status in patients taking valproic acid to reduce mortality.

We are thankful to our patient for cooperation and would like to acknowledge the effort of the entire treatment team in diagnosing this condition and effectively treating this case. 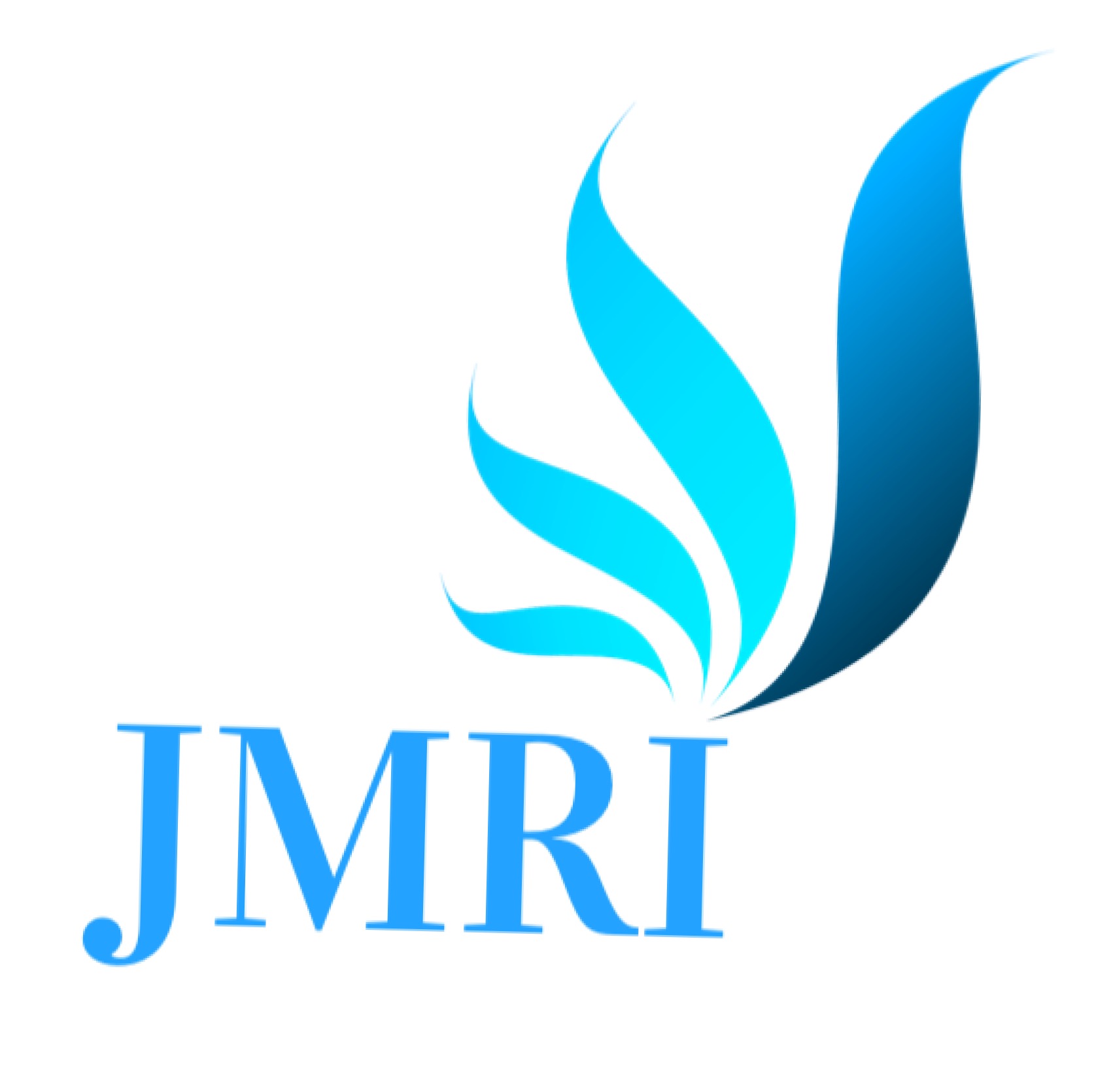